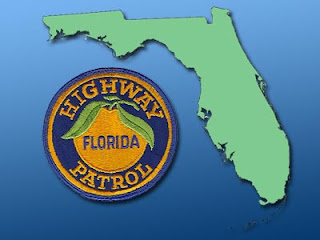 Hillsborough / Polk County — UPDATE — Fifty (50) crashes on three major highways involving 131 vehicles with more than a dozen people sent to hospitals. It all happened over a five-hour period on a Sunday afternoon. The FHP cites wet roads and heavy traffic as the common causes of these accidents.

Just after 3:00 p.m. on Interstate 75 – Northbound, One crash caused seven (7) others, including one involving a church charter bus with more than 40 people aboard. Nineteen (19) vehicles were involved, and six (6) people went to local hospitals. Northbound I-75 was closed for about three (3) hours. Traffic was re-routed off Interstate 75 at State Road 60 near Brandon.

Just before 5:00 p.m., Twenty three (23) more crashes happened on Interstate 4 Westbound, about three miles west of U.S. 27 in Polk County. That pileup involved forty eight (48) vehicles. As a result of these crashes, four (4) people were hospitalized. The traffic back up was not as bad as on I-75 northbound.

Then, shortly after 5:00 p.m., more collisions were reported on Interstate 275 – Southbound on the Howard Frankland Bridge just west of Kennedy Boulevard. This eight (8) vehicle crash caused eleven (11) accidents with more than sixty four (64) vehicles involved. As a result of these crashes, four (4) people were hospitalized. The southbound traffic was limited to just one lane of passage as the vehicles were untangled and moved off the bridge. Just before 9:00 p.m. the traffic flow resumed to normal.

IN THE RAIN, PLEASE SLOW DOWN and PAY ATTENTION. Give yourself more stopping distance as your braking capability is NOT the same on wet roads as on dry roads.