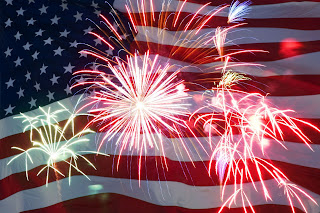 Many people this Fourth of July weekend will celebrate with cookouts, a trip to the beach, outdoor concerts and fireworks. The Fourth of July is a peak time for fireworks sales; but every year unsafe fireworks are involved in serious injuries, including loss of sight, severe burns, and loss of limbs, particularly fingers.

According to the U.S. Consumer Product Safety Commission (CPSC) estimates are that approximately 11,600 people were treated in hospital emergency rooms for injuries associated with fireworks. Three-fourths of the victims were male and about half were 10 to 19 years of age.

The Federal Hazardous Substances Act prohibits the sale of the most dangerous fireworks, including reloadable shells, “Cherry Bombs”, aerial bombs, “M-80s” and “Silver Salutes.” Florida law prohibits almost all devices that contain explosives. For example, firecrackers like “Black Cats” and “Ladyfingers” are illegal in Florida. Devices that are ignited and emit projectiles or launch into the air, such as “Roman Candles” and “Skyrockets” are also illegal.

Fireworks that are considered legal for the public in Florida are all hand-held or ground based devices which emit showers or sparks upon burning, but do not detonate or explode and cannot propel themselves through the air, and are approved by the State Fire Marshall’s Office. Toy gun “caps”, “smoke bombs”, “party poppers” (which “pop” when a string is pulled), “snappers” (which “pop” when thrown on a hard surface), “snakes” (which produce a large snake-like ash when lit), and “sparklers” would be considered legal.