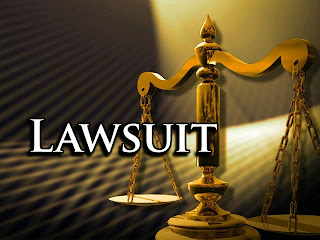 STATEWIDE – The Jacksonville Business Journal (8/19) reported, “U.S. Sen. Bill Nelson said in a media release Tuesday he pressed Chinese officials in recent trips there to cooperate more fully in investigations of defective high-sulfur drywall that was made in China and is ruining homes in the United States.” While in Shanghai last week, “Nelson, D-Florida, met with Wang Zhiyong, deputy director of the General Administration of Quality Supervision, Inspection and Quarantine, the Chinese government’s consumer product safety agency.” Nelson said his trip and a CPSC delegation visit to China this week “send a message that the United States is serious about China taking responsibility for some of the problems caused by its drywall. Nelson said in the release he intends to insist that drywall be on the agenda for planned meetings this fall between President Obama and Chinese President Hu Jintao.”

GlobalPost (8/17, Skrzycki) reported, Over 2000 lawsuits filed in Chinese drywall cases “Since 2006, new home owners in 23 states have been suffering from what they say are odorous batches of corrosive drywall that were imported from at least one gypsum mine in China and used by U.S home builders.”

Attorneys “representing homeowners estimate more than 2,000 lawsuits already have been filed in state and federal courts, targeting Chinese, U.S. and German companies, as well as builders, installers, suppliers, distributors and import brokers.” One of the most prominent Chinese manufacturers named “is Knauf Plasterboard Tianjin Co. Ltd. Others are Knauf Plasterboard Wuhu Co. Ltd and Knauf Plasterboard Dongguan Co. Ltd., as well as a German affiliate, Knauf Gips KG. There are numerous other Chinese companies being added to legal complaints as time goes on, such as Beijing New Building Material PLC.”