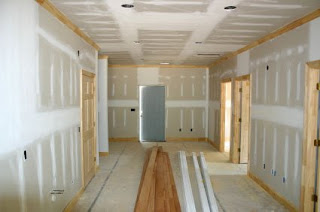 The Wall Street Journal (7/1, Hagerty, McQueen) reports, “The odors, respiratory complaints and corrosion blamed on drywall from China used in American homes may have been caused by the failure to remove sulfur and other contaminants from synthetic gypsum, some Chinese experts in building materials say.” Yue Wenhai, vice president of the committee of gypsum and gypsum products at the Chinese Ceramic Society, a nonprofit group, says “flawed ‘desulfurization’ methods can leave impurities in synthetic gypsum. Duan Pengxuan, an engineer at the Beijing Building Materials Academy of Sciences Research, says he believes that the reported problems arose from inferior batches of gypsum, and that the problems aren’t widespread in Chinese drywall.”

RECOVERY OF DAMAGES MAY PROVE DIFFICULT. McClatchy (6/30, Greve, Chung) reported, “Chinese manufacturers made more than half of the goods that the U.S. Consumer Product Safety Commission recalled last year, but few of them paid any price for producing defective wares.” The difficulty “in recovering damages is a lesson that U.S. homeowners who are stuck with defective and possibly toxic Chinese drywall are likely to learn in the coming months.”

While everyone “involved is likely to be sued – installers, contractors, distributors, importers and Chinese manufacturers – the last are the hardest to reach by far.”

The difficulty is such that many U.S. tort lawyers won’t take cases against Chinese products unless there are American co-defendants.”