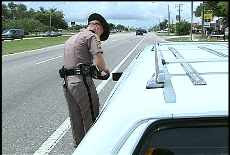 STATEWIDE – Florida’s new seatbelt law goes into effect today and the Florida Highway Patrol plans on enforcing the rule. Not buckling up will cost violators a $30 ticket for first time violators. Officials say there will be no grace or warning period. Officials are optimistic the new law can help avoid scenes like the recent crashes where people were ejected from the car and died as a result of not wearing their seat belt.

Nearly 30 states now have a primary seat belt law. It is likely all states will have a seat belt law soon. The fact is, the statistics show that seat belts save lives. BUCKLE UP FOR SAFETY, BUCKLE UP!

You never know when a crash is going to happen nor will you have time to buckle up when it does. According to the National Highway Traffic Safety Administration, the law will prevent 124 fatalities and more than 1,700 serious injuries a year in Florida and 20,000 nationwide.