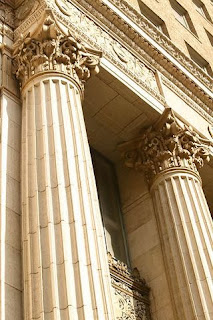 According to the Sarasota Herald Tribune (9/4, Kessler) reports, “The number of Chinese drywall manufacturers responsible for corrosion and potential health problems plaguing U.S. homeowners may be about to increase substantially.” On Thursday, lawyers involved in the case “revealed that 36 separate variations of tainted drywall have been found — a much higher number than previously disclosed.” New players “revealed in photographs filed with the court show names such as Crescent City Gypsum Inc., International Materials Trading, ProWall and Dragon Brand Drywall.” The disclosure came “as U.S. District Court Judge Eldon E. Fallon, who is overseeing the multidistrict litigation, warned one of the Chinese manufacturers already identified — Taishan Gypsum Co. Ltd. — that he would issue a default judgment if it did not respond in the case.”

Furthermore, the judge plans to begin Chinese drywall trials in January. According to the AP (9/3, Kunzelman) reported that U.S. District Judge Eldon Fallon, who is “presiding over hundreds of lawsuits against Chinese drywall makers and installers, said Thursday that he plans to hold the first trial in January for the cases.” Fallon “told attorneys that he expects them to pick six plaintiffs whose cases could be tried in early 2010, with the first trial starting in January. Kerry Miller, a lead lawyer for companies named as defendants in the suits, said defense attorneys may need more time to prepare for the first batch of bellwether trials. Russ Herman, a lead plaintiffs lawyer, said he supports Fallon’s scheduling plan.” Herman “estimated that plaintiffs lawyers represent between 12,000 and 20,000 clients with claims.”