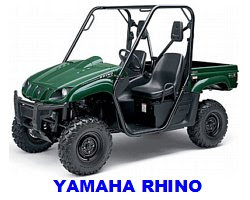 Washington, D.C., March 31 — The Consumer Product Safety Commission’s (CPSC) call today for repairs and suspension of operations of Yamaha Rhino off-road recreational vehicles drew immediate praise from a group of safety advocates who less than a month ago, sent the agency a comprehensive analysis detailing the Rhino’s hazards.

Today’s action is “CPSC at its best,” said Clarence Ditlow, the director of the Center for Auto Safety. “Hopefully this means that the CPSC intends to act vigorously in the future to lessen the designed-in hazards of ATV and UTV-type off-road vehicles.”

The CPSC said its staff has investigated more than 50 incidents involving 46 driver and passenger deaths in these two Rhino models. “More than two-thirds of the cases involved rollovers and many involved unbelted occupants. Of the rollover-related deaths and hundreds of reported injuries, some of which were serious, many appear to involve turns at relatively low speeds and on level terrain,” the agency said.

To view a copy of the CPSC recall announcement, please go to:

If you have been injured while using a Yamaha Rhino, 450, 660 or 700 – Call the TRIPP LAW FIRM at (888) 392-LAWS (5297) for an immediate case evaluation. We will promptly review your case without charge or obligation on your part. We may be able to assist you in recovering damages for your pain and suffering along with past and future medical expenses.