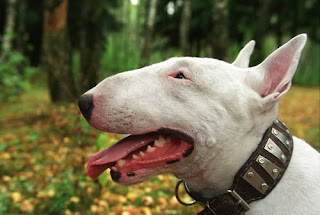 PINELLAS COUNTY – According to a report on BayNews 9, law enforcement officials say a dog attacked and seriously injured a woman Thursday afternoon. St. Petersburg police said the dog, which they described as a 100-pound pit bull, attacked a woman as she walked into her backyard.

The woman suffered gashes on her left arm and injuries to her head, neck, right shoulder and right arm and was taken to Bayfront Medical Center.

Officials said she is listed in serious condition.