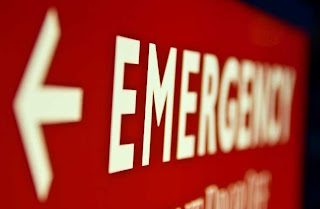 PANAMA CITY BEACH – A woman who had been bitten in the face by a pit bull dog walked out of a clinic, refusing treatment, when a nurse advised her to report the attack.
On Tuesday morning, Aug. 11, Bay County Sheriff’s Deputy Bill Brotherston went to the Panama City Beach address the woman gave when she signed in at the clinic. When she answered the door, he “immediately noticed that (her) nose had a scab on visible as it appeared to be a puncture wound of her left nostril,” Brotherston wrote in an incident report.
The 46-year-old woman said a neighbor’s dog bit her while she was cleaning the dog’s injured foot. She said it was her fault the dog bit her. She also said she knew the dog’s shots were up to date because she had taken the dog to the vet and paid for the shots herself.
According to the report, the woman also explained that she didn’t want to report the bite because the same neighbor “had a dog destroyed by Animal Control” when it bit a child several years ago.
Brotherston advised her to go back to the clinic and get medical treatment for her wound, the report said. He contacted Bay County Animal Control about the incident, but was told no report or action would be taken if the victim did not wish to pursue charges.
SOURCE – www.newsherald.com