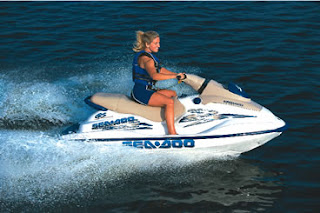 TARPON SPRINGS — According to the Pinellas County Sheriff’s Office, two people who were vacationing in Pinellas County were injured this morning when they crashed into each other while riding personal watercraft in the Intracoastal Waterway near Anclote River Park. Both were ejected from their Sea Doo’s.

The crash occurred about 10 a.m. in the Intracoastal between Anclote Island and Three Rooker Bar, according to the Pinellas County Sheriff’s Office. One of them was a 15-year-old girl, who was knocked unconscious, and was transported to Helen Ellis Hospital in Tarpon Springs.

The other operator sustained only minor injuries, was cited with violating inland navigational rules after deputies determined that the 15-year-old had the right of way.