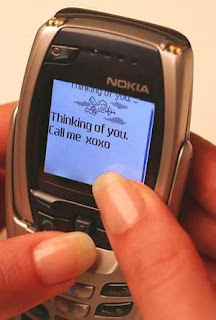 According to BAYNEWS 9 – A teenager was cited Wednesday after police said she crashed into a patrol car while she was texting and cutting school.

According to reports, just before 11 a.m. Wednesday, Officer Tanya Manning was stopped at a red light at the intersection of Bruce B. Downs and Palms Springs boulevards in Tampa when she was hit from behind by a car driven by 18-year-old Katelyn Blaylock.

Police said Blaylock was texting at the time of the accident. They also said she had two other teenage girls in the car with her, and that all three teenagers were skipping classes at Freedom High School at the time. Blaylock and one other passenger were slightly injured when the airbags of her car deployed. Manning was not hurt.

Blaylock was cited for careless driving. All three teenagers were taken to their high school and delivered to the assistant principal. All of their parents have been notified.

STUDY SHOWS – Texting While Driving Can Be Deadly
CLICK link to read article:
http://www.sciencedaily.com/releases/2009/05/090504094434.htm
“When a driver’s eyes are away from the roadway for two seconds or more in a six-second window, their risk of being involved in a crash is two times higher than an alert driver.”
Florida Injury Attorney G. Alan Tripp, Jr., encourages drivers to refrain from texting and driving (even at stop lights). Keep yourself, your family and others safe by keeping your eyes on the road and your hands on the wheel.
www.trippfirm.com
TRIPP LAW FIRM, P.A. – A Personal Injury Law Firm that is Dedicated to Helping Injured People throughout the State of Florida.
CALL FOR A FREE CONSULTATION – 1 (888) 392-LAWS (5297) Prompt and Aggressive Representation, with a personal touch.
NO FEE OR COSTS IF NO RECOVERY.