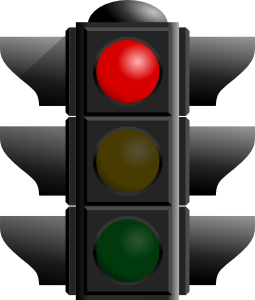 Traffic crashes are the single most significant cause of preventable death and injury in North America. In 2006 in the U.S., as many as 171,000 crashes, 144,000 injuries and 887 fatalities were attributed to red light running (the Insurance Institute for Highway Safety).

There is no doubt that red light runners are dangerous drivers who irresponsibly put others at risk. All throughout Florida and across America – too often the yellow light has come to symbolize “hurry up” instead of “slow down” ― red light running is the leading cause of all urban automobile crashes.

Most Americans (96 percent) are afraid of being hit by a red light runner, but nearly one in five (5) admit to running a red light in the last ten (10) intersections. The leading excuse given for red light running was neither frustration nor road rage; it was “being in a hurry.”

The National Campaign to Stop Red Light Running, headquartered in Washington, DC, is dedicated to reducing the incidences of red light running in the United States and the fatalities and injuries it causes. The campaign has assembled a team of leaders from the fields of law enforcement, transportation engineering, healthcare and emergency medicine, and traffic safety, to tackle this crucial safety issue. Visit us at http://www.stopredlightrunning.com/

If you or a loved one has been injured in a car crash because the other driver RAN THE RED LIGHT in Seminole, Largo, Pinellas Park, St. Petersburg, Dunedin, Clearwater, Countryside, Pinellas County, Hillsborough County, Pasco County, Manatee County, Sarasota County, Hernando County, Citrus County or any other of Florida counties, CALL the TRIPP LAW FIRM – at (888) 392-LAWS (5297) for an immediate telephone consultation.