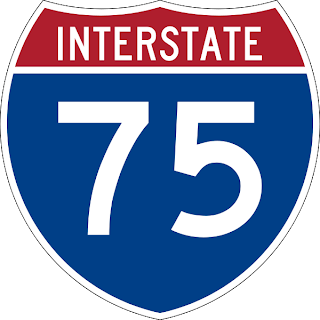 OCALA – According the FHP a 2002 BMW SUV slammed into the back of a semi truck on Interstate 75 late Wednesday night; the driver was airlifted to hospital in critical condition. The driver of the BMW was in the outside lane on I-75, and traffic ahead had slowed down and he failed to stop in time and rear-ended the back of the truck.

The driver of the BMW SUV had to be extricated from the vehicle. He was then was then loaded in an ambulance that transported him a short distance to an awaiting helicopter that took him to Shands Hospital at the University of Florida in Gainesville.

The accident, which occurred between the U.S. 27 and County Road 326 interchanges, backed up traffic for miles.