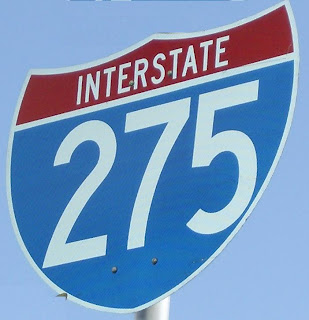 A woman and a baby were injured when their pickup left the road on Interstate 275 about two miles north of Bearss Avenue and rolled over several times. The 25-year-old woman was seriously injured, but a 4-month-old baby in the vehicle received only minor injuries when the woman lost control of her pickup truck on Interstate 275 late Tuesday. The driver of the truck was heading north on the interstate about 11:38 p.m. when she veered to the outside shoulder about two miles north of Bearss Avenue, the Florida Highway Patrol said. The driver overcorrected when she tried to bring the 2003 Silverado back into the highway, and the truck went into the median, where it flipped several times, the accident report said.

The driver-side door had to be pried off by rescue personnel, and the driver of the truck was flown to St. Joseph’s Hospital in Tampa, troopers said. The highway patrol listed her injuries as serious. The baby was strapped in to a car seat when rescue workers got on the scene. The infant was taken by ambulance to St. Joseph’s Hospital for evaluation.The driver of the truck was charged with careless driving.

The highway patrol is continuing to investigate the accident