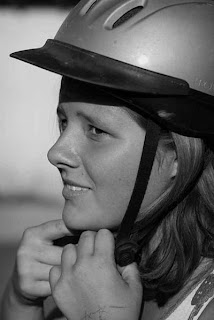 Florida’s governor has ceremonially signed a law requiring children under 16 to wear a helmet while riding a horse on public roads. Gov. Charlie Crist signed the bill last week, but re-enacted it at a ceremony earlier this week at a park in Loxahatchee. It is named for Nicole Hornstein, a 12-year-old Palm Beach County girl who died in 2006 after being thrown from a horse she was riding. She was not wearing a helmet. Hornstein’s family has tried since 2007 to get similar legislation passed. Under the law (HB 169), any person who allows a child to ride a horse without a helmet can be fined $500. Some Florida cities already have laws that require minors to wear helmets when riding, but the bill would make it mandatory around the state.