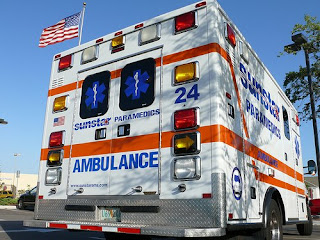 SEMINOLE – The Florida Highway Patrol is investigating a fatal accident involving a motorcycle. The crash occurred shortly after 9 p.m. at Starkey Road and 109th Avenue.

Emergency officials said a second crash occurred when a vehicle hit an ambulance as it was en route to the hospital from the crash scene. No details on injuries in that crash were available.

The southbound lanes of Starkey Road near 109th Ave N. were blocked last night as authorities worked the scene.