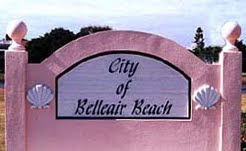 BELLEAIR BEACH — A bicyclist was in critical condition last night after running into a parked U.S. Postal Service delivery truck. Authorities said a medical helicopter took the 55-year old bicyclist to Bayfront Medical Center after the incident, which occurred just before 3:30 p.m.

The man was riding his bicycle south on Gulf Boulevard when, for an unknown reason, he crashed into the back of the mail truck, parked in front of a home at 1720 Gulf Blvd. The truck’s lights were on and flashing, according to a news release from the Pinellas County Sheriff’s Office.

The man sustained possible life-threatening injuries to his neck and head, officials said. Witnesses said he was wearing a helmet.